It has hit the social media like a fast moving hurricane to the shorelines! Now lets see how much damage the Los Angeles Clipper owner will own up to!  Are you not tired of the “half  baked ” apologies that will be rendered to quiet down uproar! What rebuttal will we hear? He has some “black friends”.

I am of a mixed race also… I have been called ,  half-breed, Miss Taco Bell, Miss Burrito… You name it… I have heard racial remarks  from Afro Americans as well… Racial stupidity is what I call it!  If you think that people are faking it …they are!

He isn’t the first nor will he be the last to ban Afro Americans… whether its quietly or lashed out publicly!  God help him! 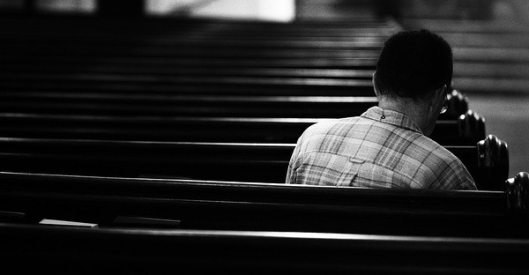 You know what’s so amazing… and a mind blower…All of us have bibles and interpret things differently than even God.   His ways are not our ways, nor his thoughts… It also states that the HOLY SPIRIT will guide us to all TRUTH…

This messages isn’t just for the extremist… but this is also for those who think they  understand God’s love and understanding.  I have a problem when someone think that their particular denomination have this great interpretation, yet, they miss the mission of gospel going everywhere and loving people no matter how far they have fallen.  My mother was raised in one of those questionable “Jesus Home”.

When I tell my testimony of the dysfunction that God has delivered me from… people are taken back with my candidness to tell it.  There were many times I would express what had happened to under all of  those so called “Jesus Freaks”.

You know what am I talking about… They are into their homemade doctrines,twist the bible to suit their short comings…that manipulate  to control others.  I do believe doctrines of man have always been dangerous …Because I was the one that needed Christ not Christ needed me.

Being disrespectful and rebellious was … that was who they are…God understands!

Shut up already!  When I finally had my Damascus Road experience I realize as much I was raised in a questionable Christian environment…Not only was I jacked up… I was backwards as two left shoes…

Reason being… I am trying to understand this to this very day. Why adults say one thing around the church and live another among children? Children know “messy” people.  Its always that concerned member that is picking the children for information or speaking against those they were jealous of.

I  was raised among clergy who were bona-fide liars and manipulators of God’s word.   Rules might establish boundaries… but when hypocrites give rules and don’t follow them themselves it opens the door for more chaos and  births confusion…which turns into bitterness!

I saw people who wanted to follow the church but witnessed how much how of touch with reality the churches were . I am not limiting myself with certain denominations but all of them. Which is so hard for “religious” people… they can’t grasp that there just might some things that God hasn’t said or required.

For example…All because a woman is button up to her neck…and skirt is flowing the ground doesn’t mean this will keep her pure… a matter of fact… I have seen more promiscuity among people you wouldn’t clock with natural eye sight based on her modest clothing. Its deception at best…

Prejudices  and racism existed in the days of Christ in the earth.  He too, had to address the religious sects.  Women still struggle in the church…and hasn’t changed all that much if you ask me!I had to dive in the heart of the church. That is what God commissioned me to do… I GO BEFORE KINGS, AND PRIESTS… and without question I wont buck if its not in God’s word.  I had to realize that we have a lot of churches that are not even bible based… just fleshly institutions that they call church with the smörgåsbord salvation… I came to grips that “MANY WERE CALLED BUT NOT CHOSEN… Many opt on a life of consecration in ministry.  As much as I had been rebuked for being a sinner…I saw just that much more in church. I saw certain individuals who got the pass…to be philanderers and crooks… I saw witchcraft dominate prayer… I saw leaders look the other ways why abuse was happening on their watches.  This is called divine anger!

Guess what I found out? There were wolves among sheep.  Tares pretending to be wheat. I got the skinny on the church issues very quickly. Growing up I didn’t trust anything in a church based on what I witness. I saw that witches stayed in the pews and pulpits… while the God Chasers were ostracized… This still holds true today!

I can recall many stories where I was beat up with a bible but then the real people showed up without their bible beliefs. When some are sold out… People will “try” to make you their “whipping post” because you have expose their nonsense! You are then persecuted for standing up for God’s word! I am not talking about the world!

I didn’t want to offend God so you take a little bit more until  I found myself getting more angry as time went on! If you want to see bitter people… suspect that the spirit of deception, rejection and abuse… is lying somewhere in the cut!

Those who win souls are wise… but the church is selling everything but the kitchen sink. Going to church requires two jobs these days.  I warn leaders all the time… If God wants  you to have a church …it is he that will maintain the church. Sometimes your church can become an “idol”.  That is why it is vital to stay in the presence of God… to build character and integrity.  I would be rich if I got a dollar from every person that told me they had strong prayer lives or stayed in the presence of God and they are still no residue that they even love God!

God never expresses how deliverance will come but it does… The challenge is can  you maintain your PEACE… in the midst of every storm, trials and tribulation.

Never in my life… have I have seen so many breastfed Believers who lack the strength to even  sit in church two hours… It’s ridiculous… God is on a program, and a time clock…. Well maybe the Spirit of God might hit during the benediction then what? Many people are not as sold out as you think.

I am mindful of this because my walk is sometimes challenging and has growth spurts occurs during the oddest times! People are still taken back that I attend a Roman Catholic church… and from where I come from… that is a stoning by the tongue lasher in ministries! As if God can’t speak to a Priest let alone the Catholics! I am insulted at best when people paint this broad brush of  the church and Christianity.

We are so limited and its time to get God out of your little boxes… He is so much larger than your little life!

Strangely, I found out that some people freak out on religion and what it means…And have not problems being cruel as a rattlesnake the rest of the days outside “their ” sabbath!   Some will fall out if a Priest marries… but wont bring criminal charges against perverted Priests… Yikes!

When they sin they are only human but let it be within their religious confinements… Stone them to death!  Have you ever seen so many people that can tell you what’s in a church but never go? Have you ever seen people live on lies of propaganda without having or witnessing the experience for themselves? If you really loved God … you will get an understanding of his love and embrace his wisdom… We know that “ain’t”  happening! God isn’t looking for the “perfect people” just ordinary to do the extra-ordinary!

According the “religious” community I am going to  hell for everything … because of perception… But what about my witness? God’s process isn’t like man. This isn’t a license for repetitive sin… but a time to make some honest decision about who you really are and what you stand for.  Misinterpret of scriptures is why the church  have so many denomination and  so much division.

It’s not about what’s in  your wallet… but what’s really in you life… Repent means to change. Church has made God so difficult. All you have to do is ask God to come into your life… Repent for real!  Ask him for true deliverance. Salvation is a faith act, that many fail to say! Many might say its strange until life conforms them to the way of God. Everyone needs God in time of crisis…but what about celebration! We are Christians by more than what we appear to be… but love is identifier!

Don’t allow others to make you feel intimidated by God with their personal beliefs and opinions. God is so much bigger than a set of rules that they fail to follow.  Yes, its more than possible to have a victorious walk. And the key to  this is to know that rain falls on all of us  including the “just”… God is about love but he also about change. Its a process for every Christians and don’t forget that! And I don’t mean someone who consciously practice sin and think its okay! All of us need to adjust our mirrors periodically!