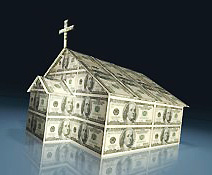 I tried to wait but I couldn’t… I had to do this post and it wont be pretty!

I was shown this video that was supposed to be about Christ. Well, it was anything but that. Women parading around with flaps on their short dresses. It was sheer entertainment! I was flabbergasted that a Pastor would allow this kind of filth done in the Name of Christ.

I have seen some disgusting things before in the area of this so-called praise and worship dancing but I was taken back that the pastor had done such a messy job of representing Christ. It’s bad enough they can hardly stop salivating on themselves at the sight of a woman’s or a man’s rear end these days. I have seen leaders get dry eyes pretending not to be  looking but quite aroused!

I have heard some people actually believe that they are living a Christian lifestyle doing all kinds of ungodly things and they actually believe that this is true Christian behavior! You are a fool and if you BELIEVE IN  following  YOUR LUSTY AND LYING PASTORS. If a  leader lack self-control he or she honestly are not led by God. Open rebuke is better than secret love!

Yes, I have seen women do their pole tricks and pastor’s act as if they are shocked  and try to hide just how much they like it…during so called demon worship… That’s exactly what it is… There is something wrong when your leader lack discipline and eye control. God’s people perish for lack of knowledge.

When I know some of them enjoy the desecration of the altar with filthy men or women who dances distastefully for only seduction. Something is dreadfully wrong when people have no FEAR OF GOD.

God will hold every leader accountable for what happens on their watches!

On tonight, I was shown some trash that just blew my mind… It happens with a well-known Pentecostal Ministry in New York and known Internationally… I guess????  It was a Christmas programs with show girls…Myself and other leaders were blown away.  I got so angry but I know satan had been doing test runs in ministries all across the doors. Will you compromise?  I thought I couldn’t see any worse… Having a beer and smoking pot while doing bible study…  Come on!  Yet, the excuses about not controlling adults but take this on for size.  Many leaders can stop nonsense they don’t want to…because they need to be removed from the pulpit themselves. Sins are covered and God is left out. Too many are in the pulpit without the knowledge of God, so anything goes!

I know that the church needs to clean up their acts…. too much filthiness stays inside the church. What’s the difference if you

I didn’t know whether they were going to make it rain or pumped the floor…. Seriously folks…so many things are getting so far out of hand in church.  How can anyone respect the churches today with so much filth going on?  . I have seen youth programs turn praise dancing into sexual gestures. And why I am here.  I have to ask Pastors whose in control?  When it comes to what we call tasteful programs about Christ I have to see it.

I saw the filthiness and I couldn’t believe what I saw. Better yet, so many Pastors in the pulpit that honestly need to be delivered from lust themselves that is why messiness goes on.

I recall when a Pastor recently  informed his usher do not bring anything that isn’t modestly dressed sit next to his wife… it is disrespectful not only to him but his wife!

He said if this is the only thing that she has to wear,  move her to back or find something to cover her up.  So, you think you are called to be a leader…act like one… You are going to have to be BOLD IN YOUR STAND…That is if you are standing for God to begin.

I am open to things that respectfully done in church. There is more than singing and floor shows. It’s annoying! God doesn’t get any glory.  I have seen street performers have more respect for the church than people inside the church that are supposed to know better!  I know that many try hard to reach the masses so they bring worldly entertainers.

Better yet,  so many downplay who God can send… What his suppose to “holy ground” is now loaded with filth.  It’s not about  who reached them it’s about who you know can reach them.   God will bring so many to open shame. God doesn’t need the enemies tool to reel in members and or money! Yet, it happens! Regardless of how real I am trying to be I don’t have to do hostage negotiations to appease folks because they don’t understand.  Can’t no liar talk to me about a Christ they aren’t’ experiencing…they are sheer entertainment…  The Spirit of the Lord doesn’t act un

You don’t need to stand on a corner all you have to do is go to church…you just might find what is BEING  offered. The churches of this hour is becoming to dangerous… messing with strange fires and producing demonic atmospheres.  Remember there is the fruits of the spirit( Galatians 5:22-23)…. which are  the characteristics of  the indwelling of Christ’s new creation.  If it’s not there neither is God.

The SPIRIT OF THE LORD DOESN’T ACT UNSEEMINGLY!