I ask every reader and intercessor… The weather in Mississippi, Louisiana and Texas is devastating…The flooding is worse that previous hurricanes… Extend your support …prayers wont hurt anyone! Be mindful just how difficult and stressful this is…

Unless you have been without during a storm or the after effects of a storm destruction you know how frightening, and stressful this is… And they are predicting more rains and the threat of levees breaking… Please…pray for their protection, and  safety! 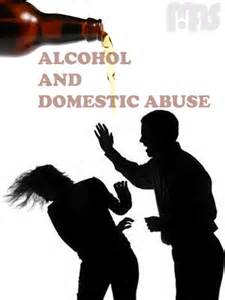 On today, I sat and talked with an old classmate. Seeing visibly he had been through a difficult life…  He and I talked about the “days of old”…when we use to have so much fun… during the basketball season…We weren’t worried about violence but winning games not our loved one’s.
He was a very good athlete with professional potential and his family has this curse of alcoholism… and domestic violence…

Sadly, I saw how the tears welled in his eyes to tell me about the murder of his daughter which made national news! Murdered by her boyfriend and a massive manhunt for three days. He had shot his 21-year-old daughter in the neck. He shared his spiral about the pain of losing her after he spent nearly $70,000. For  his daughter to get out of Chicago  only to be violated in another way.

He shared about how alcoholism had plagued his life even hindered him. He told me… I know God and I replied then “stop running”… Ask God to take the taste out of his mouth. I knew I struck a chord it’s time for change. I saw him nearly grieved himself to death…. 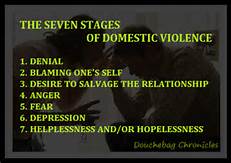 Although his daughter killer was behind bars…the pain that he couldn’t rescue his daughter from the monster that had been abusing his daughter.  He then had to face another challenge his 24-year-old daughter was an alcoholic and drank so much until she had a stroke! The pattern continued…they loved people who was just as addictive to the violence. Although she is now in Seattle and not the violent streets of Chicago.

The battle of a disabled daughter who drinks to the numb the pain.  I wasn’t trying to console him…I told him reality…I knew I rocked his world with truth.It was on my “watch”…that if I never saw him again…I didn’t want him to die from a broken heart.

It was time for him to make a change. I too saw  his slow death…He didn’t overcome all the obstacles as he struggled of becoming a professional athlete. He had three daughters the victims of men who were domestically inclined… and alcohol.  Any indication of connecting with abusers and booze is lethal.  I prayed for  him silently because I wanted to be the one who was the life changer… Death was looming within his family and he had fallen years ago…watching family members die in this vicious cycle… My plea if you know anyone who is struggling with alcohol  and or domestic violence reach them by teaching them. Many say they are for injustice but are selective in their charges. Whether it’s a family member or a friend. How much more than love can be extended with finally telling the victim or the abuser it’s time for a change. It sounds easy but it isn’t… Choose wise counsel when approaching such matters…All you can do is give the olive branch…not hide it!

I have heard the strangest conversation from women staying in lethal relationships. I am a sucker for love but I don’t want to be a victim because of it. I have had my experience with toxic people. I don’t bother! I am not a psychiatrist and I don’t have that much time on my hand to  consistently hand hold and guide someone to love.  A person may need to be shown love but at what expense? Abuse is abuse… Love me not hit me!

An  older family member going through hell in a 35 years of marriage. Domestic violence, philandering and alcohol. Stress will kill you quicker. When you understand your self worth…God always has “replacement plans”… Women settle to stay in relationships that are fruitless and dangerous.

Love  will be challenged but not at the expense “abuse” of any  kind is apart of the equation. The thought of her living alone almost 70 yrs old is terrifying but she would rather wear wigs to cover up the lumps on her head…and wear long sleeves all year round. Take the risk of contracting a sexual transmitted disease because he it out there!  He is a family oriented man with a great engineer as a profession…She is an educator…So you see it domestic abuse  isn’t just for the poor! All the myths are debunked…Domestic violence will reach anywhere …there is no limits or any barriers it cannot cross… The sad part… many don’t want to believe they know of monstrous human beings like this. But don’t fool yourselves who isn’t  considered an abuser!

Domestic violence is still dealt with mere slaps on the wrist until the victim ends their torture! Some people don’t want to believe that the rage that lies within just one person can turn your life upside down! We have to be advocates to speak out… It’s never good to hit anyone but I am still my parents daughter… It takes one to get one! Pass a lick and you will get one back…

The Everlast logo isn’t on any precious part of my body…There is a way to communicate. know the recipe for bad relationships…If love is killing you…CUT IT LOOSE!!!!!