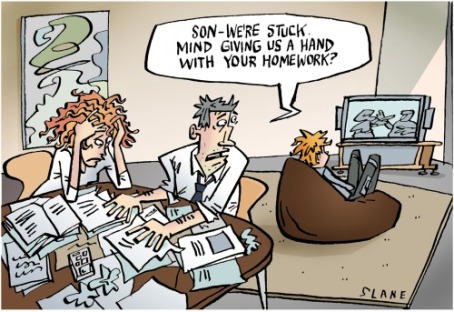 They prefer to be the “liked” parent. Refuse to discipline so the children run all over them. The children know the weak parents routine… even if the parent disciplines somehow “rats’ their way back in the child’s good graces by rewarding the screw  up behavior. The cool parent is tormented the child is upset with then, so give in to child’s manipulation. So to remain good in the child’s sight they prefer to be popular by not setting rules and boundaries. Cool parents are not all necessarily misguided youths but can also be people of ripe age who don’t believe in correcting bad behavior.  Cool  parents actually encouraged like-minded behaviors even if it is wrong.

The strangest behavior from them yet, when they  are somewhat surprise when the disrespect fester and the child becomes a danger to themselves and others who have to deal with them. The “cool parent” buys the child alcohol and or drugs. They rather that they child become an addict at  home. The foolishness is also passed over in many religious arena. called the Eli Sons Syndrome, when spiritual leaders ignore or fail to acknowledge wrong doings…  the bad behavior is coddled instead of corrected. Cool parents have  trouble behavior issues of their own. Immaturity is also a strong factor! They

You want to understand lack of respect of authority look for the house without structure. One might allow the child to express themselves.. aka tell the parents off… This kind of nonsense is breeding rapidly. As much as one think they can handle trouble youths…true results  wont come because of you appealing to them but being honest!

Teenager vents that she came home and found her mother getting high with a girl her age and her mother but forbids her to do it. How can I explain the ignorance? I didn’t. Too many young parents today are unteachable  and unlearned about raising being on the same level creates an atmosphere to be self-destructive and without proper foundation for raising mentally well children. As one might call “modern-day” parenting. And this is what plague many city streets the products of cool parents!

Getting on a child’s level to prove shows the child one thing… disrespect. When I find young parents doing this is still a form of child abuse.

The childish parents  “irks” my last nerve! What can educators do with them when the think they are their  equal? The child actually believes that he or s he is beyond being discipline for the  experience they have practicing with adults.

Children that allowed to be everything but a child becomes problematic on so many levels. And they wonder why we deal with the “angry ” and violent generation. There is a common  cause why so many join gangs or become affiliated with the wrong crowds.

The same with spiritual parenting you create havoc environments because they can’t respect the boundary. They are afraid of correcting the child because of the backlash!

So, then society is left to deal with the uncontrollable brats! I agree there are children who act beyond years…but remember they are still  children! When a child can sit comfortably with a parent to have a cocktail or get high…what exactly are you teaching them. And if you want to see how bad the child is watch how ignorantly they will come to the aid of such bad behavior. Their child is the victim because people are intervening with the truth.  Instead of bringing awareness and annihilating the problem…others are rebuked instead!

Then just like the cool poor parenting the child is taught, how to be conniving, manipulative, combative, disruptive, disrespectful, divisive, abusive and of course REBELLIOUS!  I believe that so many leaders today have advertise such behavior. Adults that are still having tantrums and misbehaving. I think the saddest thing in the world is when people who are supposed to be agents of change but have bad behavior. One can be a  trailblazer with such behavior but then end results are so death in every way and its never productive but counterproductive!

I am advocate against bullies and one of the known facts that bullies surround themselves with the same kind of people. It’s not the sign of child’s behavior it’s the parents that have often co-signs along with it! Spiritual or biological training!  God has never rewarded bad behaviors but rid of it! People should do the same. The harvest of the behavior today manifests on our streets everyday. The lack of making proper decisions …what you decided that was so cool has now becomes so destructive!