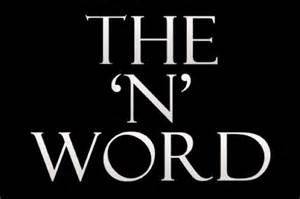 I came outside and someone said…”Oh I didn’t know you were Puerto Rican?… Wow! Does it matter?   For the oddest reasons, when I am asked where did I come from I get terribly offended?   I am asked this by many African-Americans. As If I  hatched on my own.

I got to have just enough “Sista” with most African-Americans to make the color grade. The King’s English is still bothersome for those who believe that being a hood rat takes precedence and reign supreme to being “black! OH SHUT UP ALREADY!!!!

For certain color has African-Americans messed up too! What one think is the   typical stereotypic or racial slur! Being called Taco Bell or  Ms. Burrito… are not the nicest things to say.  Although we know what they mean but its the negative connotations behind them  what makes it nasty in taste!

I’d go someplace in certain parts of Chicago and I am  told to go either on the East side of Chicago or Little Village. This is where most of the many of Hispanic community vibes… I am led to the “brown community”.

In the 21st century racism is alive and well  and any race can be prejudice. Yes, I heard the nonsense that African-Americans are NOT racist…and I know this is one of the biggest lies ever told!  In fact, I have more encounters with racism within than outside!

We seem to ban truth…when it comes to what freedom of speech is. Although you have the freedom to say what you want but still as sense of common courtesy to yourselves and others we should be careful about what comes out of our mouths.  And I know how to decipher is a person is using it in its proper context than a racial slur by naming me … after a taco! Same, same…but we fail to see the hatefulness in making statements like that! If the term Ms. Watermelon was applied to African-American… then they call these pompous black leaders  to tell how much has been violated. Although they would be correct but it’s somewhat hypocritical to call someone a “cracker”…which is also a racial slur!

I have seen racism at its peak in all arenas,  including police brutality, and from people from other countries who migrate here  and start businesses and got the litigated gall to be racists!

I was taught if you didn’t have anything good to say don’t say one word! I can’t guess what happens in your homes growing up where racism is taught. Yes, people do see color… Come on! We are different but the slight is there are stereotypes about different races. The word  Negro in Spanish means black. How  The N’ word isn’t the openly derogatory remarks I have heard out  people’s mouths and they think nothing of it! People are too afraid to talk race within a serious open dialogue. Blacks are not the only one who experiences racism… Us mixed folks catch hell! Anything can be taken out of context still one must discern when someone is coming for you even if you are labeled in any negative fashion!  Saying hateful things to degrade anyone should be a problem but it isn’t.  There  is this one who makes all kinds of hateful statements and he now running for President.

It doesn’t bother this nation enough to put a clamp on the racial disharmony no matter where it comes from!  One minute words are wrong it depends on who can afford to say them…The next minute it’s right because they  are used as terms of endearment! We can’t win until we as whole decides what is done in  poor taste…and being named after Mexican food is just as poor taste being labeled a N…..!