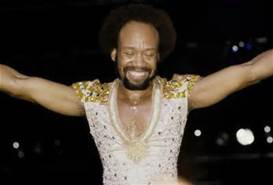 Our dedication to Mr. Maurice White… Two of my favorites, oldies but goodies!

Earth Wind & Fire  sold over 90 million records, won six Grammys and was inducted into the Rock and Roll  Hall Of Fame in 2000.

Yes, I was a serious Earth Wind & Fire  fan!   My family had every album. They were not only unique in flashy style  but highly gifted and a very talented group of men. Yes, they were  strange in a positive way…The music had meaning and messages!

Yes, this will tell our age! Remember if you had Earth Wind and Fire tickets you were considered to be not only the “coolest” but they had the peculiar followers who believed in peace!

Earth Wind and Fire… Maurice White was definitely a  rich singer, record producer, musician, song writer, arranger, and a performer, a session drummer who discovered the group in the 60’s.

And we can call him another musical genius and what a legend…He will be sorely miss…Keep family, friends, and his fans… in your prayers…

Pay close attention to the words!