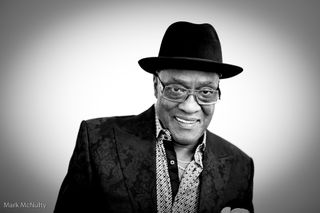 Who can forget his 1972 single ” Me and Mrs. Jones”…Heavily influenced by  great women of  Jazz…like Nina Simone, Billy Holiday.  He showcased his talents in  Club Harlem of Philly, at age 16… and was amidst some legendary jazz greats! Like Charlie Parker, Miles Davis. Years later being noted with Elvis Presley and other musician for post World War ll n Germany.

Billy Paul wanted to have and keep his unique sound and he did…Somewhere became “ousted” within music industry because his political views was in his music which had proven to be too much for mainstream media. He and Jesse Jackson Sr. never seen eye to eye on his musical views. It was alleged said that He thought Jesse Jackson was hateful and a hypocrite.

Although, then Chicago Priest Father George Clemens praised him and gave Billy Paul a day of celebration, May 23, 1977 for his song “Let Em In”. A song about legends who died in the African-American history. His day was filled with the works and this day brought him to tears!

Therefore, he allegedly  became  quite angry with the controversial  aspects that came with his new political change and stayed out of the limelight!

Prayer for his family, friends and all that loved him!