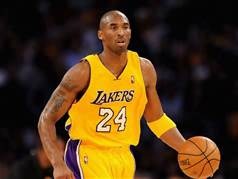 I am a Kobe Bryant fan… I see his young face but he has been playing 20 seasons and to add the strawberry on top… Leaving his final game scoring 60 points  against the Utah Jazz 101 to 96!

The highest scoring game in NBA history and they won! What a way to leave… in his royal colors!

We wish Kobe the joyful retirement and what a way to seal the deal!

POST TRAUMATIC STRESS DISORDER…A mental health condition that triggered by a terrifying event either experiencing it or witnessing it!

I was told many moons ago from a  Detective friend of mines when I was preparing to go to the police academy…That it’s not in our nature  to shoot and  kill another human being and feel okay about it…  He said… “once you actually murder another human being you wont be the same mentally.

So, I guess I would have to ask him today…What does he think about people who are just shooting at human beings as if it’s some kind of video game?  They are shooting every!

And I have to ask God… What has change? Why in the world are people so fascinated killing each other?

LeBron James, expressed his concerns on “Twitter” about the senseless violence when  5 month old Aavielle  Wakefied, was shot in the chest while her other 8 year sibling

This was the third deadly shooting in Cleveland.  We are all suffering from the consistent heart jerks  from watching in horror the insensitive nature of so-called  monsters in human form.

There is nothing sacred about gun fire…  lines being drawn. Too many funerals today for small bodies. Something has been terribly wrong and it’s getting worse. We need to help unify for this change.  Our children are being attacked in-car seats and college dorm rooms.  Can it be that we are so traumatized from the violence until our nation has become too numb?

Guns are in the wrong hands! We can’t continue to blame others for we  what collectively  need to do to  cut the  head of violence off at its root as a whole. On the surface, I believe this nation has been comatose to the violence.

Although we may not show visible signs of being wounded but this nation has some  serious scars from due to violence … post traumatic stress disorder!

Mr. Lloyd attended West Virginia State College dominating his craft as Yellow Jacket being undefeated… during the 1947-1948 Season. He became “Decade Player Of The Year” in 1940’s.

Averaging 8.4 points per game and 6.4 average rebounds… He  is history and was apart of our history… Our condolences and prayers to his family, friends and all that loved him. REST IN PEACE!!!